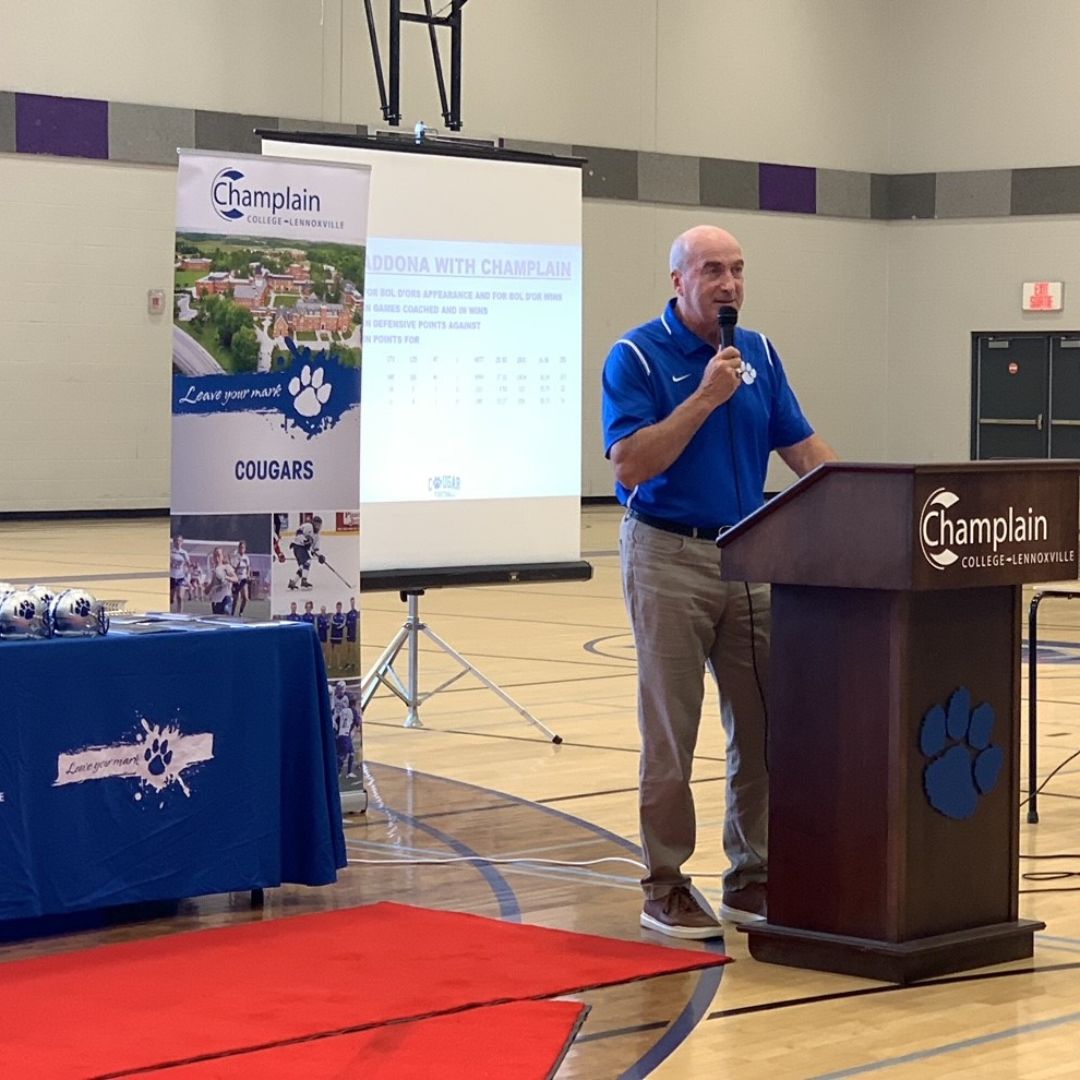 Posted at 09:18h in Non classé by Cindy Pratte

On Saturday, August 27, the Champlain Cougars football team unveiled the “Adonna Team Room” named in honor of Tony Adonna, former Cougars Head Coach. During the ceremony, Tony was honoured for the positive impact he had on the players he encountered in his career. Tony was known for motivating athletes on the field, and helping them build self-esteem and confidence that could be carried out in their personal and academic life.

The ceremony was held just a few hours before the first Cougars home game against the Elans from Cégep Garneau. Our Cougars defeated the Elans 54-0. Way to kick off the season, Cougars! 🏆